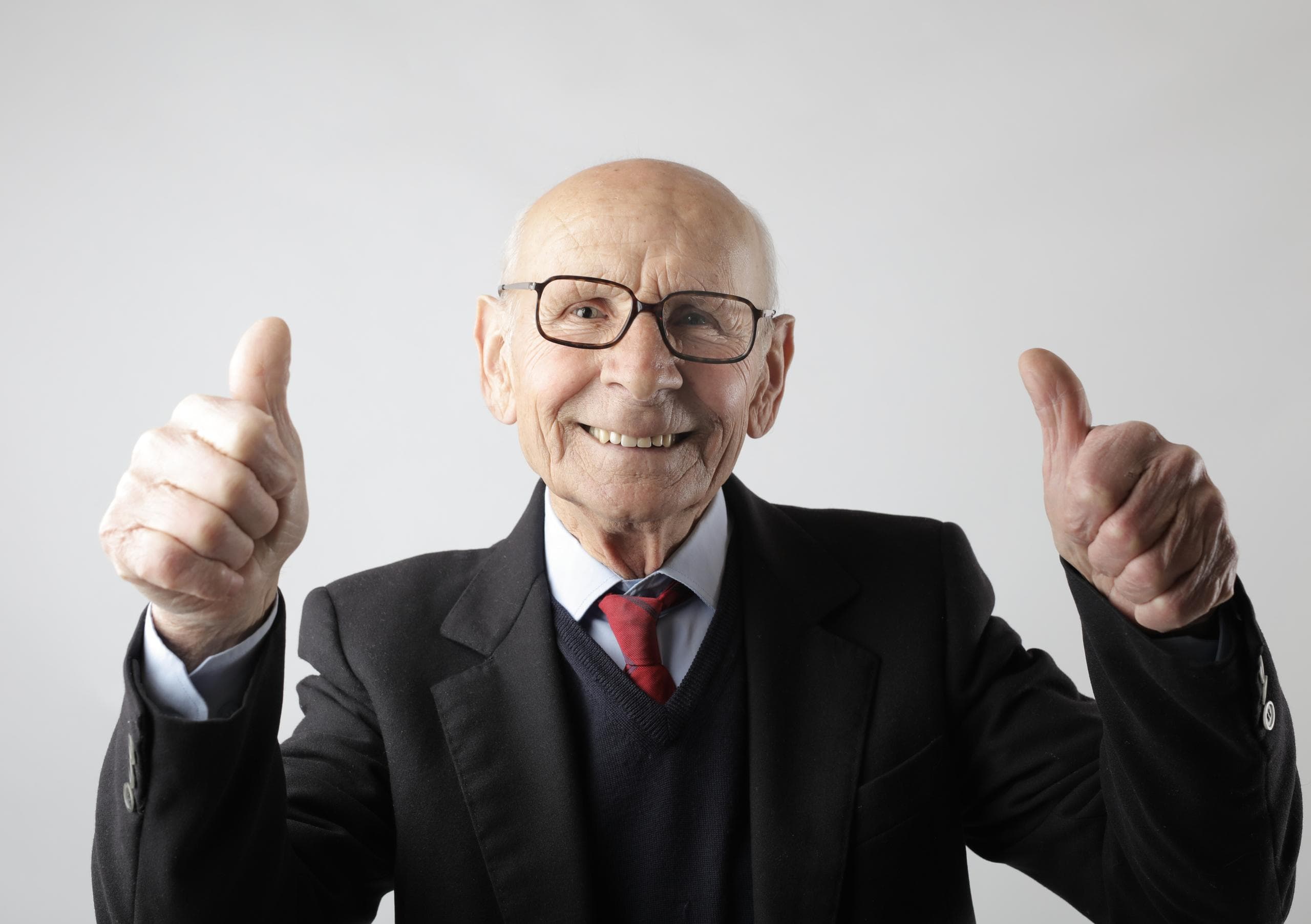 In this article, I want to talk about one of my favorite features of Vitest. Parameterized tests, when you are as lazy as I am, you will also learn to love them. May you even be as Happy as the guy from the title image! Parameterized or data-driven tests are giving you the opportunity to test more possibilities with less code. In this article, I will explain to you how to make use of them.
Categories vitesttestingjavaScriptqa
Date
2022-06-21

The First one was using Vitest UI and the second one how to set up a CI with Vitest and GitHub Actions.

I’m pretty sure you have already heard about vitest and vite in general. In case you have not, I would like to give you a short Update about what vitest is and why to use it.

Vite is a new frontend build tool with an insane performance. Vite has the power to immediately start up and do HMR in no time, even for large scale applications. It is developed by Evan You, the creator of Vue.js Anthony Fu, patak and 533 more amazing developers.

Vitest is a superfast unit-testing framework powered by Vite. It combines three things that could cause problems into one. Which means it is a test runner like jest, trantranspiles TypeScript, ESM etc. like Babel and bundles test dependencies like webpack. So instead of setting up three tools, you just need a single tool to test your application.

It is strongly focusing on providing the best possible developer experience. This includes incredible features like sharing the same config (vite.config.js) with your SUT. Which means that your tests run in the same Environment as your application does, which make a lot more sense to me. What made Vitest the testing tool of choice for my applications is the super Fast HMR. Vitest recognizes when changes were done. Vite immediately builds this changes, and all tests affected by those changes are executed in less than a minute.

For me, coming from jest, Vitests performance and simple configuration is a massive win and make TDD a lot more fun. It lets me freeze when thinking back to the dark days when I tried to set up Jest for TypeScript the first time. Vitest does this out of the box.

What are Parameterized (data-driven) tests

Parameterized tests originally comes from the Java world. More specifically, the feature was first introduced in JUnit 5 they also got adapted for Jest.

Why should I use Parameterized tests?

Instead of writing similar tests over and over again, you simply can pass different input and output values. This makes it way easier to test a whole range of Input and output.

Imagine you are going to test some special filter functionality.

With Parameterized tests, you can use each time the same code and simply pass other parameters.

How to write Parameterized tests in Vitest?

In vitest you have two different but similar options. I will describe both of them.

As the name already suggests, test.each is used to execute a single test with the given Parameters.

Using the example from the documentation, you can see that we are executing multiple tests with just writing one test and passing different Parameters to it.

Describe each follows the same principles as test.each with the difference that for describe.each you are executing complete test suites with multiple parameters.

As you can see in the example from the documentation, we have one test suite defined with describe. We are feeding this whole test suite with multiple different parameters. Each test within this test suite gets executed three times with three different sets of Input and output values.

Difference between test and describe

As already mentioned above, the difference between test and describe is that for test, you are executing a single test and perform some actions with it.

With Describe you can group multiple tests together and execute those tests inside.

So you can reproduce race conditions by only writing one test, my lazy programmers’ heart is now laughing.

Now, after we got down the theoretical part, let's round that up with a practical use case for parameterized tests.

What are we testing:

We are testing a function that determines if a given point lies inside a polygon or not.

This test was made to fix a bug where the function returned inverted results for negative coordinates. So we need to make sure that we are using a variety of different input values and validate that we always get the wished outcome. We do not want to not break the function for positive coordinates when we are fixing the negative ones.

As you can see above, we are executing five times the same test with different Coordinates, sizes, and click position. Without having duplicate code for those tests.

Below, you can see the output from vitest UI.

This would be the output for the failing tests: 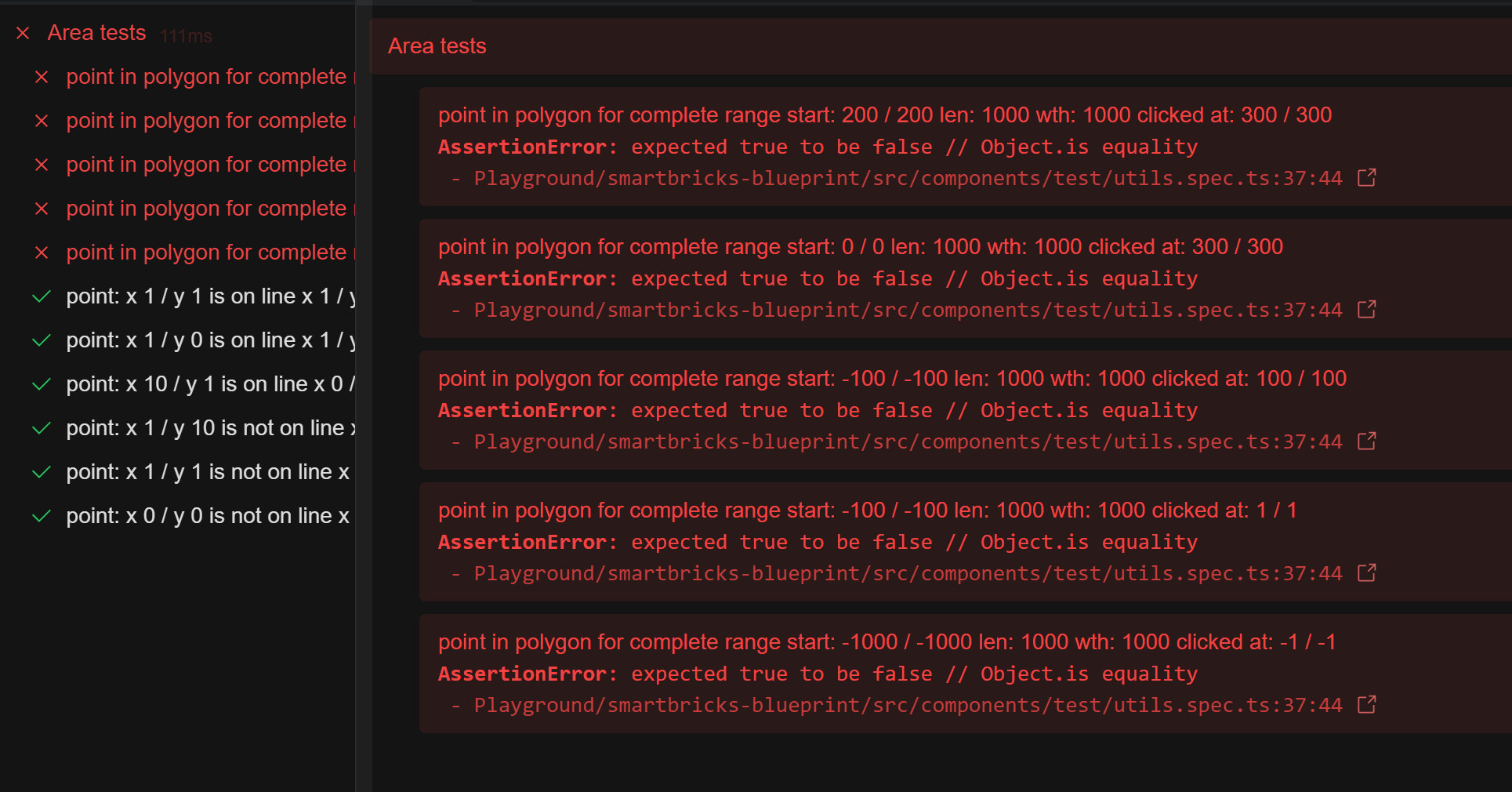 This is so beautifully structured that I sometimes get happy when one of my test fails!

As you can see, you will also get all the information you need to resolve this issue from parameterized tests.

The single thing I want to criticize is that it is hard to read the test results in command line.

But when you are using Vitest UI as described in this Article, everything is fine and amazingly readable.

So go ahead and try it out!